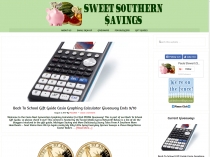 Here’s a hilarious family game to give and play during the Holidays!

Throwdown Edition has already been Awarded Top Holiday Toy of 2017 by Toy Insider & selected for the 2017 Amazon Holiday Toy List!

Watch Ya’ Mouth Throwdown Edition is the evolution of the original, wildly popular, hilarious Watch Ya’ Mouth game. Rather than just speak phrases, players now go head-to-head with hilarious and challenging tasks – while wearing mouthpieces. Throwdown Edition takes competition – and laughter – to the next level and builds on the multigenerational gaming phenomena. Perfect if you’re looking for the best board game or card game to enjoy with a small group.

You can get the Orginal and

Throwdown Watch Ya Mouth Games at Walmart and Walmart.com and the Orginal and Throwdown versions at Target and Target.com, too.

Take your game night to the next level with Watch Ya Mouth Throwdown Edition!

Watch Ya Mouth Throwdown Edition fuses the signature silliness of the original Watch Ya’ Mouth Game with new hilarious tasks and surprises. The game comes with 142 Cards (100 THROWDOWN Cards and 42 Phrase cards), 10 Colored Mouthpieces (6 medium and 4 small), 4 Straws, 4 Noisemakers, 1 Throwdown Dice, 1 Sand Timer, and 2 Throwdown Balls. You will need a few things: table, paper, pencil, glasses of water, and a video camera. Hey, we want to see all the fun, too! Colored mouthpieces help you keep track of whose mouthpiece is whose. Cleaning is easy. When game night is over just put the mouthpieces in the dishwasher or boiling water to sanitize them.

We have not had the opportunity to play the original Watch Ya’ Mouth version but had always laughed like crazy when we saw celebrities talking with the mouthpieces in. So when we got the opportunity to get the Watch Ya’ Mouth Throwdown Edition we went for it. When the game arrived we took several minutes to check out the quality of all the pieces. The mouthpieces are strong and well-constructed, the print on the cards crisp and clear, and all the other parts that came with this game were also well-made.

Gameplay is simple. Each team has a “reader” and an “Interpreter”. The Reader fits the included cheek retractor/mouthguard to his or her mouth, draws a card from the stack, and tries to read the phrase to their teammate (the interpreter). The goal is for an “Interpreter” to understand what the “Reader” is trying to say. Which is way easier said than done. Interpret as many phrases as possible before the timer runs out! Once all the teams have had a turn reverse roles and go around again. The team with the highest score after 4 rounds, wins! After watching several videos to see how this game is played we’ve come to the conclusion that you should only play this game if you have a good set of your own teeth or your dentures well affixed!

With over 1,000 phrases available in the expansion packs the fun could last forever! One that we all want is the Redneck expansion pack. In addition to a variety of expansion packs, there is an adult version of the game and even a phone app that people can use. If you’re into side-splitting, pee your pants fun, have the capacity for a little self-deprecating humor, and like to laugh out loud with your friends or have someone on your gift list who does this is the gift you need to get.

I’ve got a 15% off Coupon Code for you!!!!
Put the Watch Ya’ Mouth Throwdown Edition Card Game Family Bundle in your cart and use 15THROWDOWN when you check out at http://amzn.to/2i6NKwG

Leave a Comment
submit a review Join our blog team

Proud Member of The US Family Guide Network